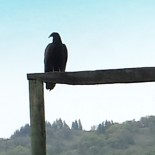 Politics the Armpit of Society money buys anything

The most dangerous dogs are not the K9 type?

Occasionally  I see web articles on the most dangerous dog breeds,  now I have never checked them out, because I am much more concerned about those most dangerous political breeds.

For your information I lean towards progressive, I mean real progressive seeking change in the political environment  with a positive move for all the people not just the few.  I know this may be a pipe dream as US has moved so far to the right I have reason to believe Mussolini would be proud of the new US.

For Some strange reason I know we the people are well divided by a choreographed media, political establishment filled with neocons and neoliberals. We know now both parties do not support democracy after the Democratic primaries, Democrats in name only? I mean real democracy, would be democratic, you know where the people have a say in how our government functions and is maintained. For years the Republicans have gerrymandered while the Democrats have done a good job acting  as enablers. So today as our nation has moved to the right, here they are making Mussolini smile in his grave. Clearly the trickle down policy from Ronald Reagan works just like it is supposed to…not at all apparently same for democracy.

It is obvious to me,  people of conscience are always taken advantage of by those without and there is a lot of “without” at both state and Federal levels of our government,  Congress consists mostly of one per-centers, representing one per-centers.  In the past bribery and graft, actually corruption is now business as usual.

Lets be clear, the most dangerous dogs are not the K9 variety, if you already did not know that. I love dogs, not politicians, so my comparison is to the biting kind which is most politicians, less a few real progressives.